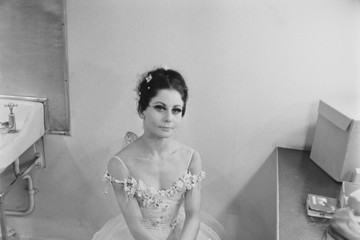 Popular known Australian Ballerina Lucette Aldous has passed away at the age of 82. She died on June 6, 2020. She was one of Australia’s best known and most admired ballerinas.

Lucette Aldous cause of death has not been revealed. She was the resident principal dancer with The Australian Ballet, and well known for performing the role of Kitri in the film of Rudolph Nureyev’s production of Don Quixote, receiving many honours for her years of performance including being appointed AC in the 2018 Australia Day Honours list.

Distant Noises Tweeted, “Vale Lucette Aldous. What a shock. She was the most important influence in my and so many dancers’ training. A fiesty, witty and driven woman. This was the last time I saw her and her late husband (also a teacher and great supporter) Alan Alder.”

Aldous danced a wide variety of roles while with the Australian Ballet and another milestone in her career occurred in 1975 when Ronald Hynd created the role of Valencienne on her in his production of The Merry Widow. During the 1970s Aldous continued to guest with companies in England, America and Europe and had a featured role with Fernando Bujones in the film The Turning Point.

Aldous gave birth to a daughter named Floeur Alder before she died. She was Married to barrister Maurice Fitzmaurice in 1960, which they later divorce in 1972. She was born in Auckland, New Zealand in September 1938 and moved to Australia (Perth) when she was 4 months old. She died in June 6, 2021.

She started her training to become a Ballerina at the age of 3 in 1941 and studied under Australian teacher Phyllis Danaher. In 1955 Aldous received a scholarship to attend the Royal Ballet School in London. She later performed in a European tour as part of the Royal Ballet partnering Rudolph Nureyev in The Nutcracker.

Aldous later moved to Sydney for further ballet training, where in addition she attended Randwick High School. She claimed to have had a photographic memory, excelling in English, physiology and business. As such she became the dux of the school and later won a business scholarship which she chose not to accept, as after 3 years training in Sydney, she won the Francis Scully scholarship to attend the Royal Ballet School in 1955. In order to improve her flexibility she would often have lessons with a teacher named De Voss, who taught her Martha Graham floor work in order to get looser before barre work. When she reached London she and her family lived in Notting Hill Gate.

Aldous has also featured in a 2001 film by Michelle Mahrer, The Three Ballerinas. She appears along with Marilyn Rowe and Marilyn Jones in the trailer below.