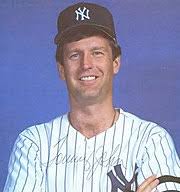 Thomas Edward John Jr. was born in May 22, 1943, He is an American retired professional baseball pitcher nicknamed “The Bionic Man,”. Tommy played in Major League Baseball (MLB) for 26 seasons between 1963 and 1989.

He was a four-time MLB All-Star and has the second-most wins (288) of any pitcher since 1900 not in the Hall of Fame.

TEAMS HE PLAYED FOR

In his playing days, Tommy played for the following teams:

John grew up in Terre Haute, Indiana. As a youth, he often played sandlot ball with other kids, either at Spencer Field or Woodrow Wilson field.

Arley Andrews, a former minor league pitcher and a friend of John’s dad, taught John to throw a curveball, which would be John’s main pitch. John was an outstanding baseball and basketball player at Gerstmeyer High School in Terre Haute, Indiana.

George Vecsey of The New York Times described John as “a churchgoer, a good-natured family man.” On July 13, 1970, Tommy married the former Sally Simmons. They are the parents of four children: Tamara, Tommy III, Travis, and Taylor. In 2014, John moved to California with his girlfriend, Cheryl Zeldin.

In 1998, Tamara John married Patrick Mannelly, who went on to become a long snapper for the Chicago Bears. The two met at Duke University. As a 10-year-old in 1992, Taylor’s singing and acting talents landed him a role in Les Misérables on Broadway. He also played Little League Baseball, as did his brothers. On March 9, 2010, Taylor died at the age of 28 as the result of a seizure and heart failure apparently due to an overdose of prescription drugs. “He was the greatest kid in the world, but he would get into these panic spells and deep abysses,” John said of Taylor. “He was wired different than the rest of us.” John has started the “Let’s Do It” Foundation, dedicated to raising awareness about suicides and preventing them.